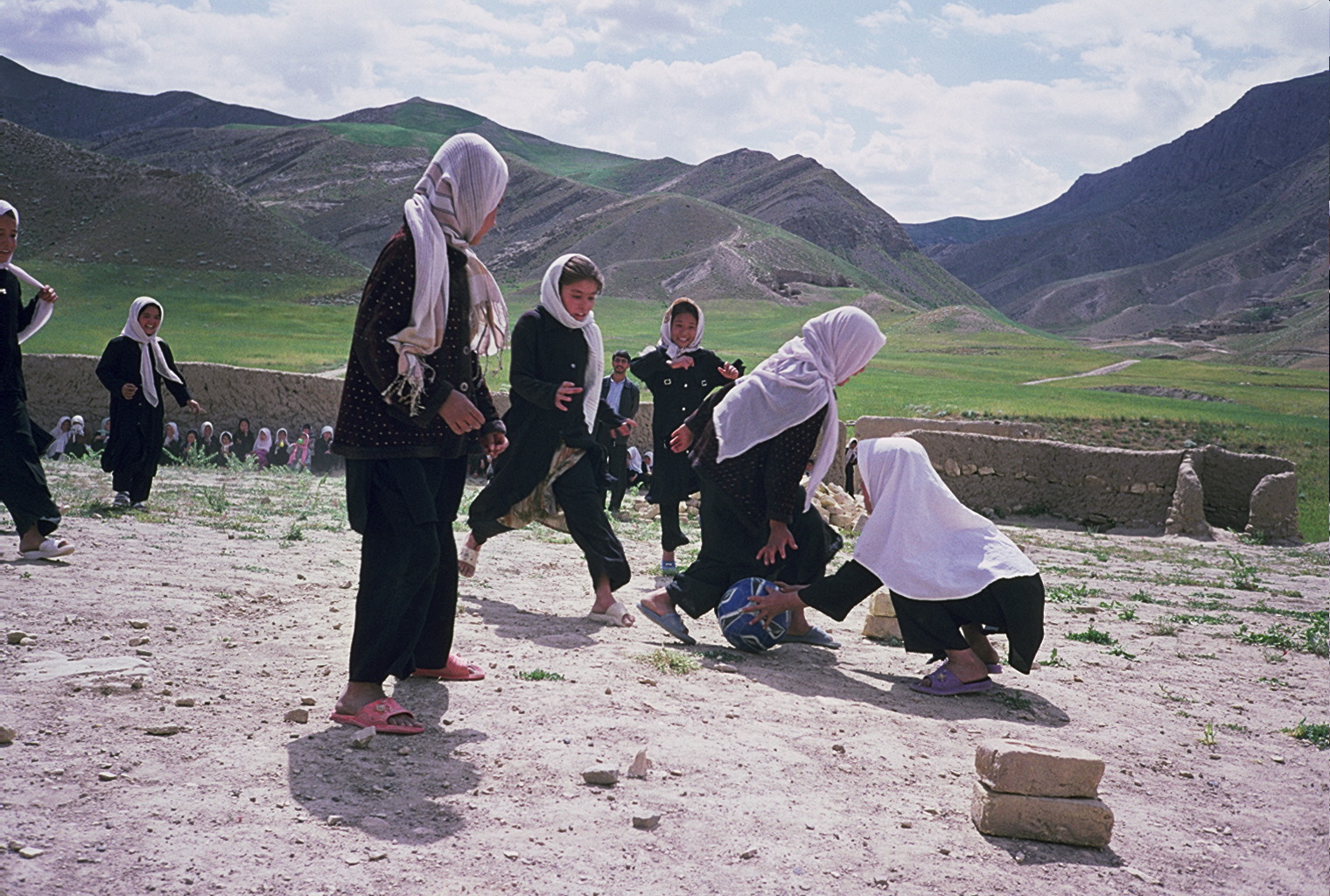 “Thank you for visiting my page. We raised just about enough after my last marathon to fund the first two teachers through teacher-training college in northern Afghanistan. They will soon be returning to their village (the village of my films’ main character Mir) to help give girls a better chance in a tough, so tough, life. But we don’t want just to fund two women and then forget about it. We are committed to two a year. Your help would mean a lot to us. Keep an eye on my blog at seventh-art.com for occasional news about this project. Thanks again!” – Phil

Since writing that blog, I can now bring you more news from the village. Both women, Nikbakh and Zahra, have been back from Mazar and in their holidays have begun teaching. Equally good news is that the school has built a new additional block just for girls – giving them more space and facilities. The village as a whole is delighted to have better education for its young girls which is one small demonstration that Afghan culture is not universally anti-women’s schooling. For my part, I had to pull out of the 2015 Brighton marathon as I hurt my Achilles tendon but am now in training already for the 2016 marathon. We continue to fund the teacher training – and would like to do more – so please, any donation helps, to Justgiving/philgrabsky 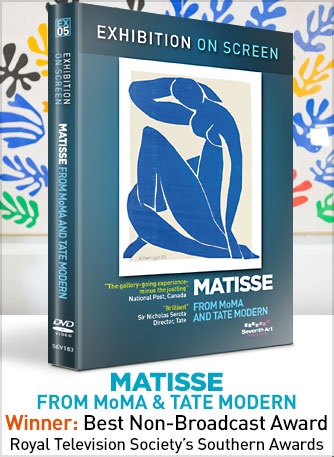 EXHIBITION ON SCREEN: Matisse From Tate Modern and MoMA has been announced as the winner of the Best Non-Broadcast Award from the Royal Television Society’s Southern Awards !

Join in the celebration by getting your copy of EXHIBITION ON SCREEN: Matisse from Tate Modern and MoMA by clicking HERE

We are excited to introduce the next film in EXHIBTION ON SCREEN Series 2, Vincent van Gogh – a new way of seeing in cinemas from 14th April 2015! A unique opportunity to behold a remarkable collection of great works from the Van Gogh Museum.

Made in close collaboration with curators and researchers at the Van Gogh Museum, this film marks not only a major re-presentation of the gallery’s collection but also the 125th anniversary of Van Gogh’s death.

The Van Gogh Museum houses the largest collection of Vincent’s artistic output in the world and features great works such as The Potato Eaters, Sunflowers, Irises, The Bedroom and many of his self-portraits. This film not only provides viewers with the moving and inspiring experience of seeing Vincent’s iconic masterpieces on the screen, in close up, but also examines new insights and interpretation from specially invited guests including curators, historians and artists.

Vincent’s illuminating letters to his family and friends are brought to life by dramatisation, providing a major new biography. We track Van Gogh’s life from his beginnings in the Netherlands and England to his development as an impassioned artist in France. New research and recent discoveries address the many myths surrounding Vincent’s troubled life.

This film offers privileged access behind the scenes at the Van Gogh Museum as it represents its extensive collection in a new way, and with new understanding. We look intensely at the life of a man who reminds us the Art is long and life is short.

Click here for more information about EXHIBITION ON SCREEN and to book tickets. 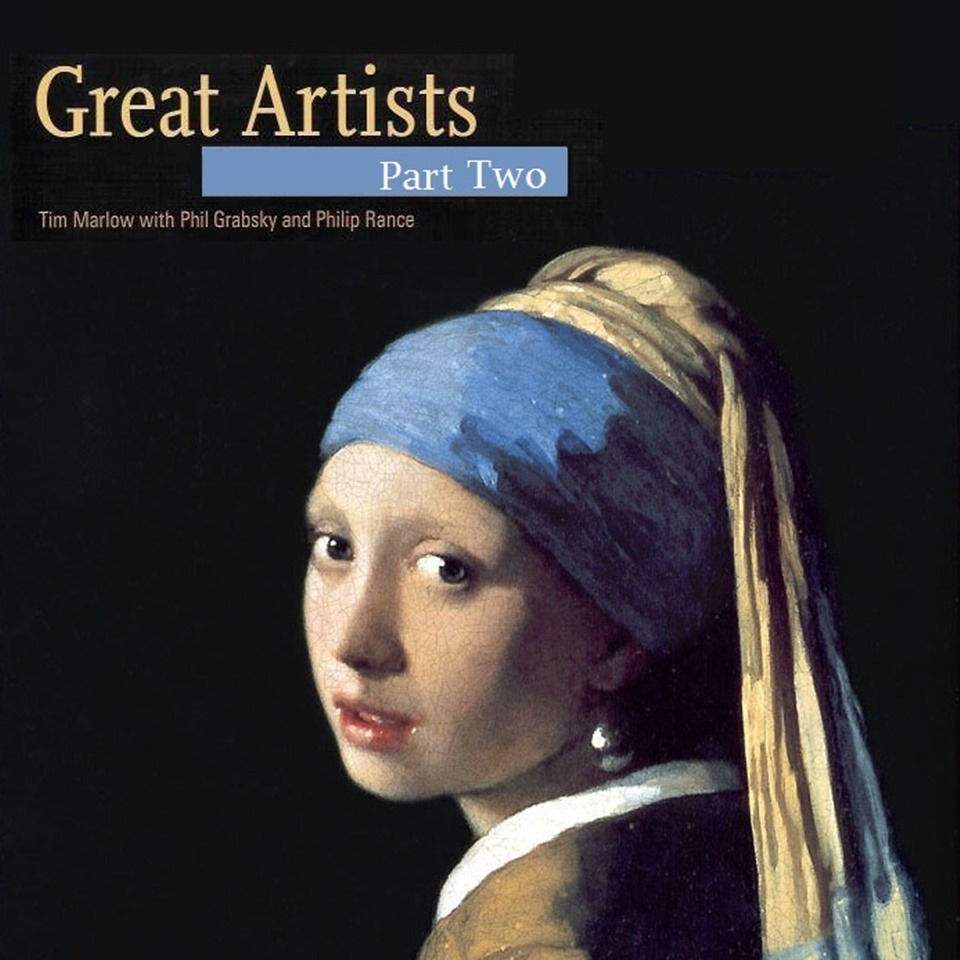 Great Artists is now available to buy on Audible as an audiobook. Follow the links below to listen:

A perfect introduction for anyone interested in the rich history of Western Art. Great Artists takes its listeners on a comprehensive journey through the history of art. This book, part one, provides a dedicated chapter on each of the following artists: Giotto, Leonardo da Vinci, Dürer, Michelangelo, Raphael, Titian, and Bruegel. These major painters of Western art are considered, placed in their social context, and discussed in terms of the most recent scholarship.

The book explores how and why these painters were significant in changing how the world was seen and represented. Intelligent and accessible, this book ties in with the DVD series from the authors, an ideal work for would-be connoisseurs seeking a pathway into the lives of the great painters.

With the rise in event cinema, Mark O’Regan discusses the attraction of EXHIBITION ON SCREEN with Mariane Finucane on RTE Radio. 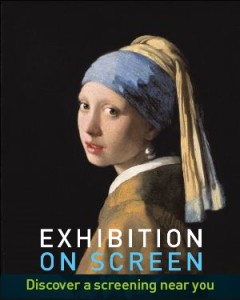 Earlier this week Phil Grabsky gave a talk about EXHIBITION ON SCREEN at Sotheby’s. Read about his view on why art films are celebrating art in a way that tv shows can’t, here on the Telegraph website.

‘Grabsky, whose latest work is about the impressionists, said broadcasters should have more confidence in their audience, allowing experts to speak without overshadowing the works of art.’ Read more…

On November 4th 2014, we hope you can join us for a special screening of acclaimed director Phil Grabsky’s latest film: In Search of Chopin. Following his previous explorations of Mozart, Beethoven and Haydn Phil now brings to the screen the world, the life and music of Fryderyk Chopin whose grave in Paris remains a place of pilgrimage and his music continues to sell out concert halls worldwide.

Following the screening Phil Grabsky will give a ‘behind the scenes’ insight into the making of the film.

A new season of EXHIBITION ON SCREEN by award-winning arts documentary maker Phil Grabsky & Seventh Art Productions will delight art lovers in more than 40 countries across the world.

The first film in the new series is simply entitled Matisse from Tate Modern and celebrates the life and work of one of the true giants of modern art. Featuring interviews with experts, including Tate Director Nicholas Serota along with friends and relatives of Matisse, the film also includes rare archive footage of him at work.

To coincide with the year’s must-see National Gallery, London and Rijksmuseum, Amsterdam exhibition, Rembrandt: The Late Works, the corresponding EXHIBITION ON SCREEN documentary promises to be a once-in-a-lifetime event in its own right. This film explores each of the exhibition’s key works, through contributions from expert curators and leading art historians. This film seeks to explore the truth about the man behind the legend.

Interest in the most iconic of Johannes Vermeer’s works was sparked by Tracy Chevalier’s remarkable novel Girl With A Pearl Earring, further heightening global interest in Vermeer’s arresting portrait that has become – like Leonardo’s Mona Lisa – one of the world’s most enigmatic paintings. Naturally, it lends itself to a fascinating study as Girl With A Pearl Earring: And Other Treasures From The Mauritshuis  seeks to answer questions such as who was this girl? Why and how was it painted? Why is it so revered? What drove more than a million people to visit her on her recent global tour…

Vincent Van Gogh: A New Way Of Seeing is a 90-minute, stunningly detailed tour of the treasures contained in Amsterdam’s Van Gogh Museum and beyond. This EXHIBITION ON SCREEN is a brilliant new insight into one of western culture’s most fascinating and beloved artists.

Monet, Cézanne, Degas, Renoir were and still are some of the world’s most popular and influential artists. Their works, and that of their contemporaries, fetch tens of millions of dollars around the globe. But who were they really? Why & how exactly did they paint? What lies behind their enduring appeal? To help answer these questions comes a EXHIBITION ON SCREEN documentary about The Impressionists– an eagerly anticipated international exhibition and quite possibly the most comprehensive exploration of the Impressionists in history.

“‘ It has always been my desire to share the privilege of being behind-the-scenes at these wonderful exhibitions – as well as spending time diving deep into the artists’ fascinating biographies.  This new season could hardly be stronger – Matisse, Vermeer, Van Gogh, Rembrandt and the Impressionists –  our cinema audiences will truly be experiencing the ‘bigger picture’!” – Phil Grabsky

EXHIBITION ON SCREEN has given viewers, for the first time ever, a front row seat to the world’s greatest art in high definition on the big screen.

For more information on the films and where to book tickets, please visit www.exhibitiononscreen.com

Seventh Art Productions will be working with Tate to bring Tate Modern’s exhibition of the year – Henri Matisse: The Cut-Outs – live to cinemas on 3 June 2014!  Whether you’ve already visited the Henri Matisse: The Cut-Outs exhibition or would like to learn more about the artist, Matisse Live is the perfect opportunity to discover his final artistic triumph in fabulous HD detail on the big screen. Find out more about this exciting film and where to book tickets:

The exhibition opened on 17 April and received rave reviews:

…This show should not be missed. It has never before been matched.
This is a feast of dazzling dreams: come to the carnival.”
***** Rachel Campbell-Johnston, The Times

What a joyous and fascinating exhibition this is… How rich all this is, how marvellous, how alive.
***** Adrian Searle, The Guardian

I guarantee that this exhibition of the colour-saturated works Henri Matisse made by cutting out shapes from pre-painted sheets of paper during the last 17 years of his life will be among the most popular ever staged in this country… Outstanding.
***** Richard Dorment, Telegraph

A sense of joyous celebration almost unmatched in the history of art. Unmissable
The Spectator 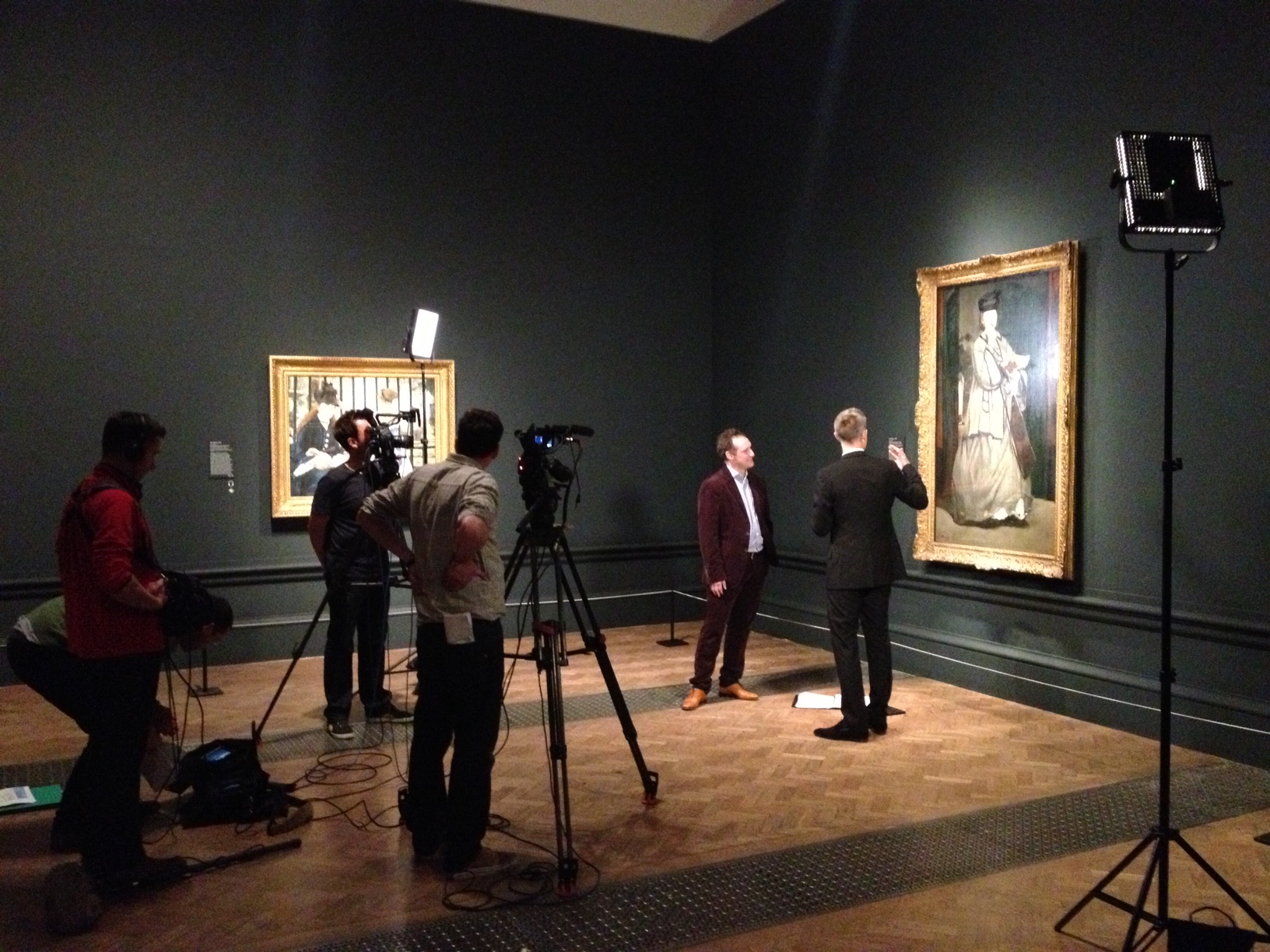 Have a read of this article in Inquire and let us know your opinions!