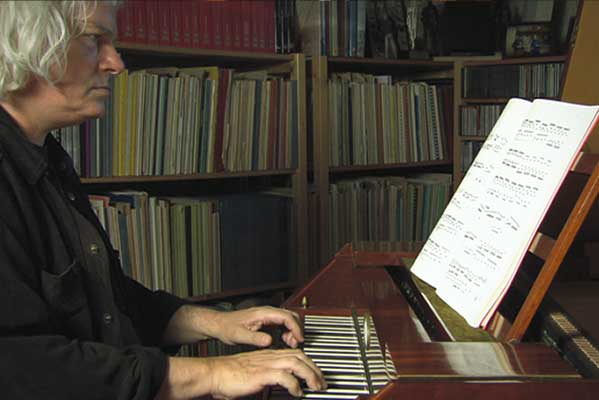 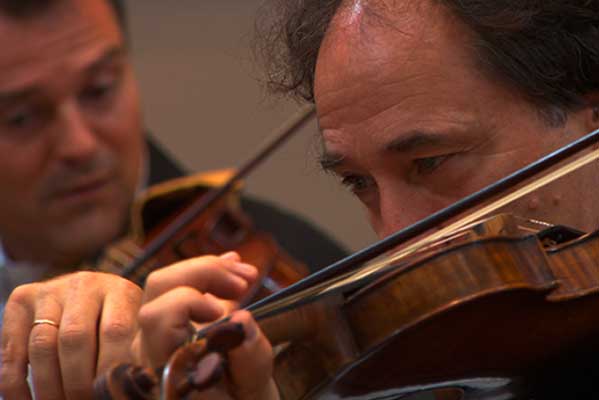 DVD extras:
9 full movements and an interview with the director, Phil Grabsky

In Search of Haydn

In this eagerly-awaited documentary, Phil Grabsky’s biographical account of Haydn’s life is a visual and aural extravaganza, including breath-taking performances by some of the world’s most celebrated musicians.

Joseph Haydn (1732-1809) was one of the greatest musical innovators. Mozart and Beethoven greatly looked up to him as an inspiration and yet today in concert halls he is perhaps too often overshadowed in favour of his younger contemporaries.

As Andras Schiff recently pointed out:
“The world needs to appreciate him much more: of all the really great composers, he is still the most underrated”.

By speaking to some of the greatest living exponents of Haydn’s music, this film redresses the balance and sheds light on the master and his work. Phil Grabsky hopes that Haydn will reach a wider audience who will be surprised, entertained and enthralled by Haydn’s wit, humanity and insatiable creativity.

Haydn’s life spanned from the end of the Baroque period to Napoleon’s invasion of Vienna, outliving his younger friend Mozart. He was one of the most prolific composers, producing more than 100 symphonies, 64 quartets, 16 extant operas, 51 piano sonatas and the oratorios ‘The Creation’ and ‘The Seasons’.

His seemingly light-hearted, placid temperament embraced the troubles and tribulations of life with casual humour and irony. Though blessed by an encouraging patron, running his own orchestra and opera company for some 30 years on the Esterhazy Estate, he was exposed to the usual upstairs-downstairs antics of an aristocratic household and follies of an artistic world. These years proved to be enormously productive, inspiring Haydn to write numerous works to please his patron and his eminent guests with witty theatrical evenings, jokes and the occasional prank.

Director Phil Grabsky follows the same format of presenting the composer’s biography and music chronologically. Through intimate and revealing interviews with experts and detailed extracts from Haydn’s personal recollections, the audience gains tremendous insight not only into Haydn’s music but an appreciation of the artist himself. The emphasis of the film, as with the previous films, is on the performance – and interpretation – of Haydn’s music, with performances from the world’s greatest musicians and orchestras.

If you enjoyed our "In Search Of" films you might be interested in this live concert with pianist Ronald Brautigam tomorrow (5 June) at 7:15pm on YouTube...